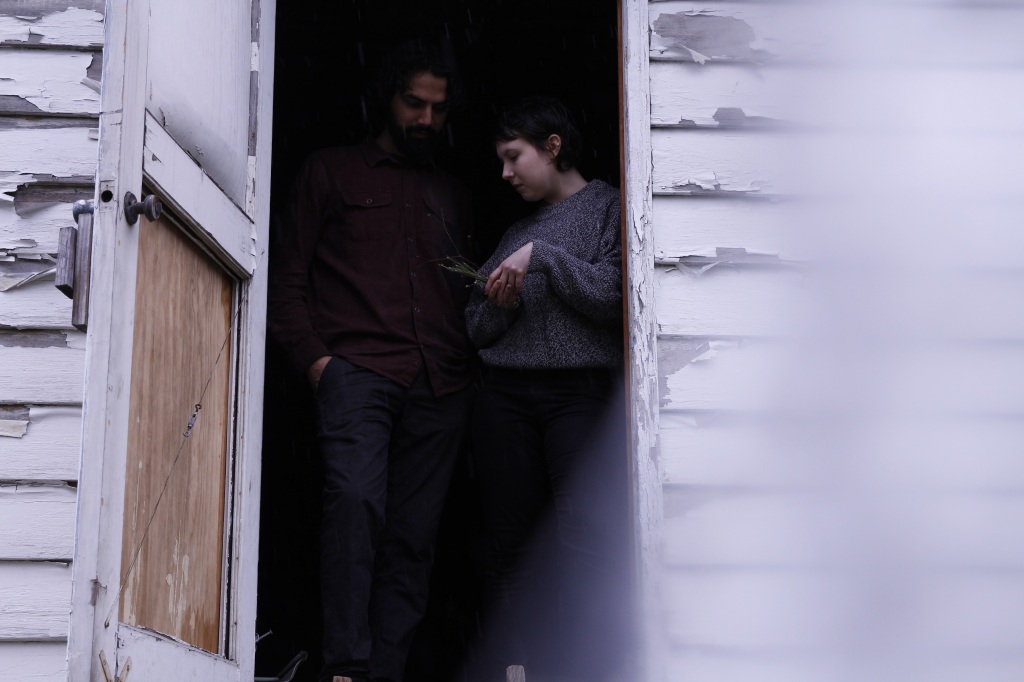 “…genuinely feels like a journey to listen to…” –American Songwriter

“A soul-searching track that sounds like a combination of Neil Young’s folk and Land of Talk’s modern energy,” -Atwood Magazine

Today, indie-folk duo Sea Offs share their soothing and intimate new EP ‘En Root.’ The two have quite an unlikely connection. Rashmit comes from Mumbai and Olivia from Pittsburgh. The two met in college over a love of atmospheric folk and a shared socio-political belief system. Since joining forces, they’ve opened for acts like Girlpool, The Shacks, and Pinegrove.

Sea Offs is the meeting ground for songwriters Olivia Price and Rashmit Arora. Rashmit hails from Mumbai, India; Olivia from Pittsburgh, Pennsylvania. The two met and started writing together in college, bonding over a love of atmospheric folk music and a shared socio-political belief system. Currently, they split time between Philadelphia and Brooklyn.

Together, their tender blend of brooding folk music and ethereal instrumentation that takes cues from classics like Joni Mitchell and Neil Young with a more expansive and progressive ethos adjacent to Wye Oak or Hayley Henderickx.

Following the band’s 2016 debut EP Sea the Blind Sea Offs toured the northeast most notably supporting Girlpool, The Shacks, and Hodera, and has shared festival stages with Pinegrove, Hop Along, and Frankie Cosmos.

En Root sees the band tackling themes of love in its many different forms. Olivia writes, “The first single (“Will (you)”) discusses body ownership in a relationship – the detachment one can feel sexually when there is no emotional connection to serve as a basis. Ultimately, it’s about an undefined relationship I was in where I tried to force meaning into what was actually just a physical outlet.  In the years following my college graduation, I repeatedly found myself in “flings” with people who, I felt, viewed me as nothing more than a sexual object. It’s an identity I felt forced into and extremely uncomfortable assuming.”

Throughout the EP, the duo continually puts their vulnerability on display evoking a sense of closeness and unity. With both a sense of strength and intimacy, Sea Offs showcase why they are such a dynamic force.