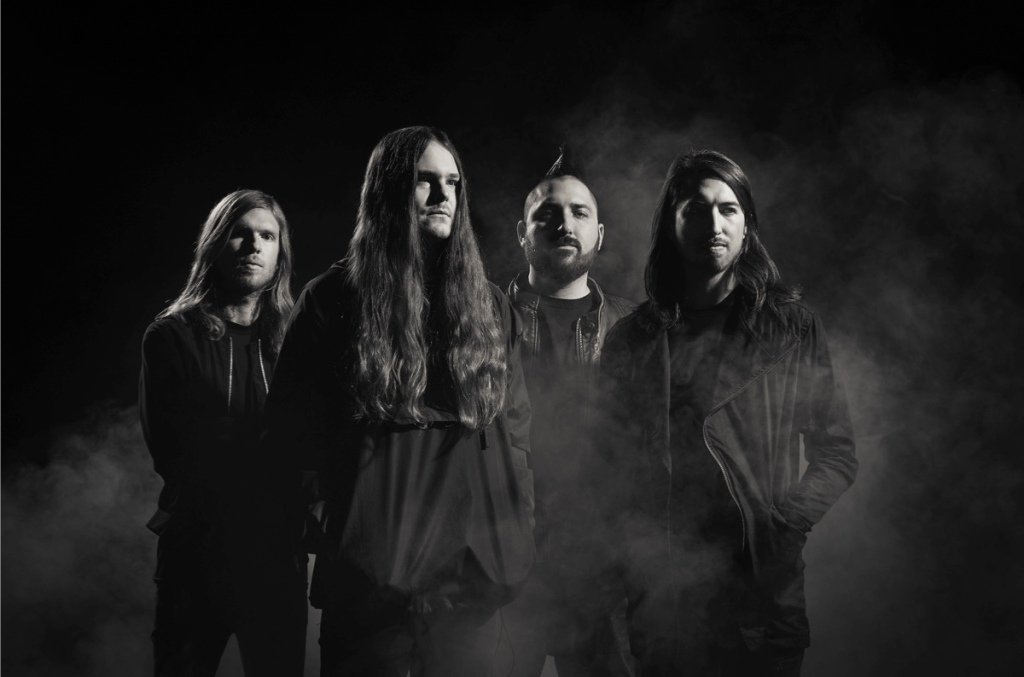 NEW ALBUM “EARTH AND SKY” OUT SEPTEMBER 27 VIA RISE RECORDS

Of Mice & Men will release their sixth album EARTHANDSKY on September 27 via Rise Records. The album is available for pre-order here.

The band has just shared the new track and video “Taste of Regret.” Watch and listen below.

“‘Taste of Regret’ is a song about knowing when to pick your battles, and also knowing when to shut your mouth and bite your tongue,” said singer and bassist Aaron Pauley. “‘Loose lips sink ships,’ as the age old cliché goes. There’s a lot of truth in that though. One’s loud mouth can ruin their life.”

Drummer Tino Arteaga weighed in about the video, saying, “Pulling inspiration from old psychological thrillers and filmmaking from the ’70s and ’80s, ‘Taste of Regret’ continues our ongoing visual narrative of the previous three videos for this album at an alternate point in the timeline.”

Of Mice & Men also shared the video for the title track, stylized as “Earth & Sky.” Watch and listen below.

The band will embark on a headline tour this fall, with For the Fallen Dreams, Thousand Below, and Bloodbather in tow. All dates are below. A second leg set for 2020 will be announced shortly.