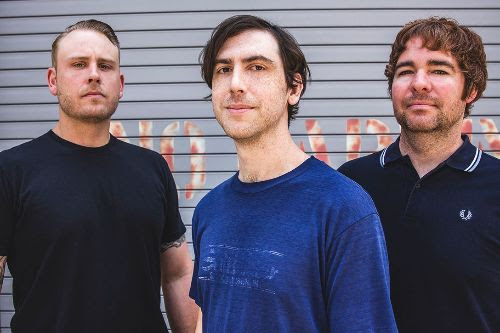 All Eyes West are no newcomers to the D.I.Y. scene. Formed in 2010, the Chicago trio immediately made a splash with their brand of angular alt-rock with their self-titled 2011 debut. The band  built a reputation for putting on an energy filled live show and made a point to tour relentlessly across the United States and Europe. Along the way they have supported Bob Mould, The Joy Formidable, Alkaline Trio, Samiam, Seaweed, Knapsack, OFF!, Rival Schools, Braid, Local H, Amusement Parks on Fire and have made appearances at The Fest, SXSW (Death Match 2013 sponsored by Converse & Thrasher Magazine), and more.

All Eyes West followed up their debut album with a handful of EP releases including one on the legendary SideOneDummy Records and another that featured Wade Neal of Seaweed on guitar. In 2014, All Eyes West entered the Magpie Cage to work with J. Robbins (Jawbox, Jawbreaker, Lemuria) on their sophomore album. The end result was ‘Doomer’ featuring twelve tracks that highlighted the band’s raw but melodic sound and capturing the intensity of their live shows.

After taking a much needed breather from touring, All Eyes West are back with their third album, Like Lightning. This is the first album to feature drummer Ronnie DiCola (The Arrivals) who absolutely leaves his mark on the recordings. This album is by far their most aggressive and shows that the band has not lost any steam in their time away from the road.