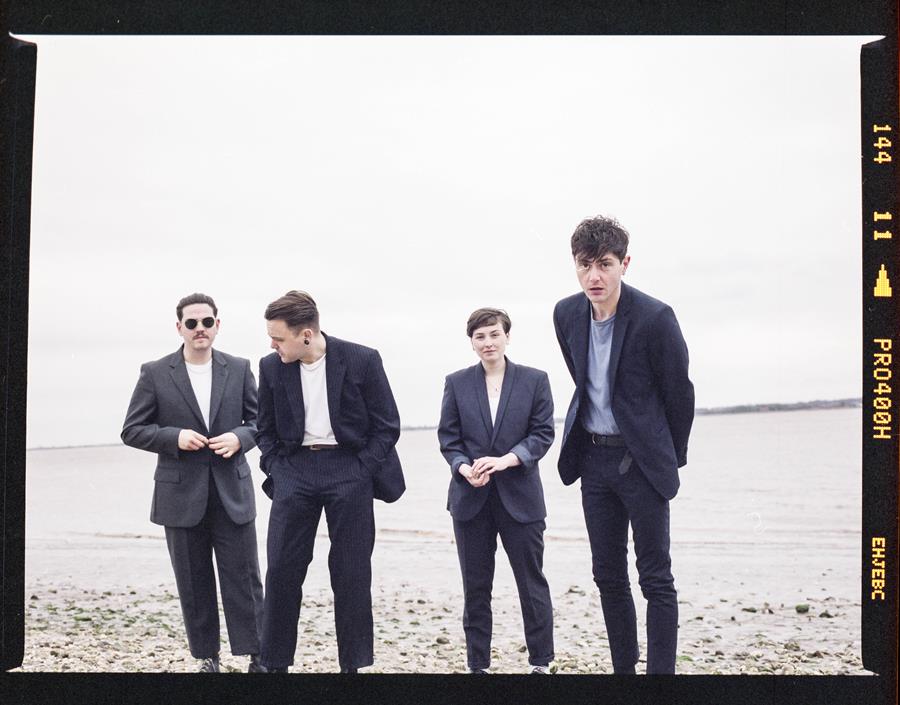 “Whether they’re rallying against the establishment or helping us escape, LIFE’s debut provides comfort and support for us all” – DIY

‘LIFE are everything you could possibly want from an artist – they are politically astute, angry, intelligent, gritty and air-punchingly brilliant” – God Is In The TV

Following the release of their recent single ‘Moral Fibre’, which was B-listed on BBC 6 Music, rotated heavily on international radio and earned plaudits from the likes of BBC Radio 1, Radio X, NME Radio, DIY, Dork, CLASH, Louder than War, Gigwise and more, Hull outfit LIFE have now announced details of their highly anticipated second album ‘A Picture Of Good Health’. Alongside the announcement the band have also shared a new single taken from the record called ‘Hollow Thing’.

“Hollow Thing” is about tackling isolation and fixing yourself. It’s about letting go of something in your life, something that’s passed.

‘’Wait for the past to fade, wait for that hollow thing…’’

“Hollow Thing” is about moving on and overcoming hurt, taking the hits but getting through it.

‘’Wade through a sea of beige, choke on great clods of dirt…’

“Hollow Thing” is embracing your worth.

‘’I look much better than you, I love much deeper too.’’

“Hollow Thing” is littered with lyrics that reference something ending and then something beginning again. It’s a twisted pick me up!

‘’Sweep up your debris from your sexless throne.’’

The past is the past and…

‘’Dogs bark in doorways in a godless home.’’

‘Hollow Thing’ is the second single to be taken from LIFE’s new album (full track list below). Produced by Luke Smith (Foals) and mixed by Claudius Mittendorfer (Parquet Courts), the band home in on a bigger and more focused sound whilst also channelling the lyrical content inwards. Whereas the band’s debut album Popular Music was broadly political, the new album takes a more personal approach with beguilingly honest and brave lyrics that are bold in both sound and feeling, whilst also retaining the core DNA of their previous material.

Going on to speak about the album Mez says “A Picture of Good Health is not a collage of work but rather a snapshot of time; our time and the time of those around us. It’s political, but in a personal way. It’s a body of work that explores and examines the band’s inner-selves through a precise period; a period that has brought pain, loneliness, blood, guts, single parenthood, depression and the need for survival and love. It is the sense and need for belonging that is the resounding end note!”

The band recently embarked on a sold out two-week European tour as main support for IDLES as well as playing one of three sold-out London shows at the Electric Ballroom, and have played packed out sets at likes of The Great Escape, Liverpool Sound City, Handmade Festival and more. Similarly, the band are also set to play numerous festivals across the UK & Europe including Glastonbury, The Great Escape, 2000 Trees, Pukkelpop (BE), Les Nuits Secretes (FR), Pohoda (SK), Rock The People (CZ), Wilkestock and local event, Humber Street Sesh – with many more to be announced.

Known for a strong community ethic, clever wordplay and energetic performances, their critically acclaimed debut Popular Music made it onto BBC Radio 1’s best albums of the year list and gained multiple playlist adds on BBC6 Music. LIFE were also picked by the likes of DIY, Metro, So Young and Fred Perry Subculture as their ‘Ones to Watch’ at the start of last year and Steve Lamacq praised the band for being “…weirdly uncompromising and addictive” when placing lead single ‘In Your Hands’ in his best of the year list.

A Picture Of Good Health is due out 20th September 2019 via band’s own label ‘Afghan Moon’ and also sees them partner for the first time with [PIAS].

A Picture Of Good Health
Tracklisting: