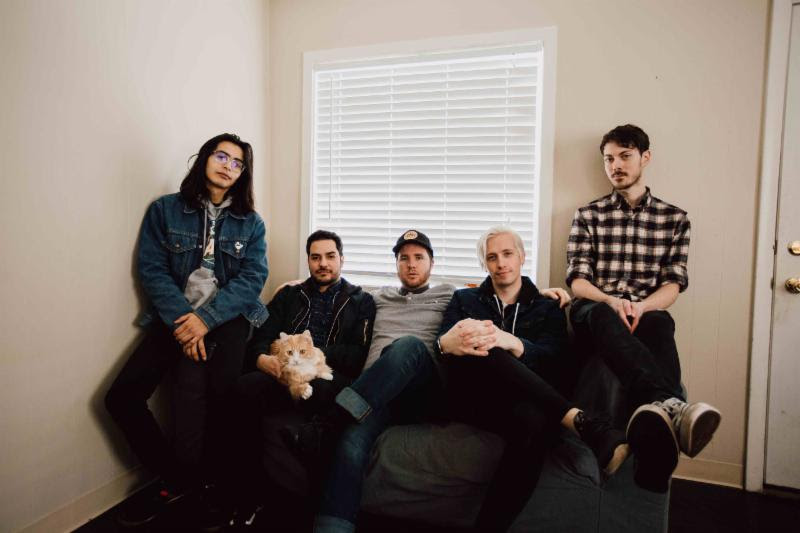 SUNSLEEPER
ANNOUNCE BRAND NEW ALBUM
You Can Miss Something & Not Want It Back
FEATURING BRAND NEW SINGLE, “NO CURE”

PRE-ORDER  You Can Miss Something & Not Want It Back

APRIL 26, 2019 – Salt Lake City’s emo/rock band, Sunsleeper are elated to share details of their forthcoming album, You Can Miss Something & Not Want It Back due out July 12th via Rude Records. The album was produced/engineered by Nathan Hussey of All Get Out and centers around the theme of change with a tang of nostalgia. Throughout the writing of the record, the band drew from a 90’s indie influence to create a contemporary emo-rock vibe with a focus on structure and hooks.

Off the 10-track album, comes their brand new single “No Cure,” a song about how lead vocalist, Jeffery Mudgett felt after one of his musical influences was outed for sexual misconduct. It is about how he was left completely shaken since the ambitions for Sunsleeper were influenced by this person and their band. The song is about him. The single follows their recent release of “Soften Up,” which is about internalizing feelings of disdain while presenting oneself as put together on the outside. Mudgett elaborates, “The video and song parallel each other. It describes how on the inside that is typically where the discomfort and anxiety lives, and while on the outside this is where we put up a front or a smile, like nothing is wrong.” This theme came at a time when change was evident in the lives of each member of the band. “Soften Up” is the perfect depiction of what they were going through.

More about Sunsleeper: Formed in 2015, Sunsleeper is an emo rock band from Salt Lake City, UT consisting of Jeffery Mudgett (Vocals/Guitar), Scott Schilling (Drums), Matt Mascarenas (Guitar), Cody Capener (Guitar), Jacob Lara (Bass). After spending that first year creating their sound, the group teamed up with producers Nathan Hussey (All Get Out) and Andrew Goldring in March 2016 to record their debut EP, Stay The Same, which featured lead single “Break or Bury.” Mudgett expands on the writing behind the EP by stating, “I was trying to accept how different things were panning out in my life. I was growing distant from people I thought were unshakeable parts of my life among other things. Change is inevitable and often times for the best, but it can still be tough to absorb.” Overall, SLUG Magazine states, “The lyrics illustrate common self-reflective themes surrounding relationships, making the songs instantly relatable and full of heart.” Throughout the year, the band spent time on the road with bands Stepbrother (ID), Keyes (CA), and Intervention (FL).

Following the release of Stay The Same, the band began writing their full-length and entered the studio with producer Nathan Hussey with Mike Watts and Dominic Nastasi at Vudu Studios. Throughout this time, the band announced their signing to independent label, Rude Records. You Can Miss Something & Not Want It Back is set for release via Rude Records on July 12, 2019, featuring lead single, “Soften Up.” The title and theme of this record represent a change of perspective since the release of Stay The Same. Jeffery Mudgett elaborated, “I was writing from a place of resentment for change on the EP. I had an unwillingness to let go of the way things were, specifically when it came to longtime friendships. Since the EP, the rate at which circumstances have changed has increasingly sped up, which in turn caused me to get comfortable with the concept.” You Can Miss Something & Not Want It Back chronicles the process of wrestling with the understanding of change and learning to accept it. More specifically the songs cover some of the harder to swallow circumstances from the time between the EP and recording the full-length. Mudgett continues, “This includes wrestling with anxiety and low self-worth, losing band members, friends ending, the falling of an influential musician, etc. Something about this record has a feeling of nostalgia while still feeling fresh and new. The 90’s indie influence is apparent, as is the contemporary emo rock vibe, but with a tad bit more focus on structure and hooks. “