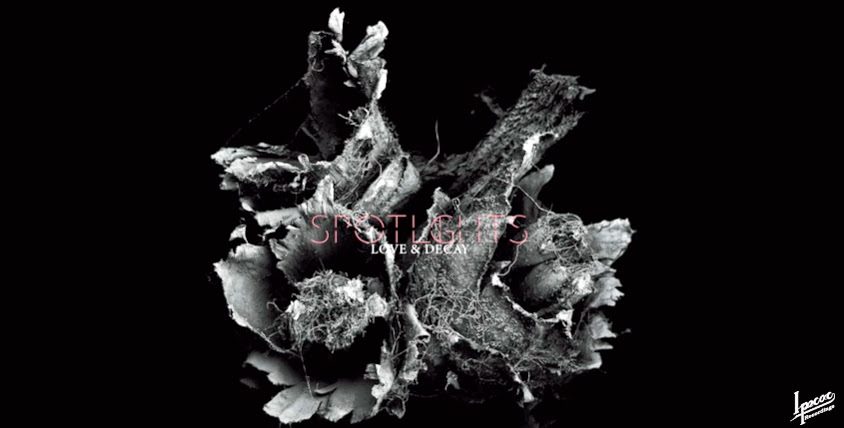 Consequence of Sound’s Heavy Consequence debuted a new track from the eight-song release, streaming “The Age of Decay” (https://consequenceofsound.net/2019/02/spotlights-the-age-of-decay-stream/). “’The Age of Decay’ encapsulates everything we do on this record,” explains guitar player/singer Mario Quintero. “Musically, it has some of the heaviest moments as well as the most dynamic and melodic. It shows little bits of what we get into throughout the entire album in one track. Lyrically, it reflects on personal points in my and Sarah’s relationship, how things grew from when we met, moving around the country and chasing this thing together. The juxtaposition about love against this backdrop of a world that can be hard to deal with.”

Mario handled the production work on the eight-track offering, which was recorded in he and bass player/singer Sarah Quintero’s basement. The new album also finds the band officially grow to a trio, with touring drummer Chris Enriquez becoming a full-time member.

The physical version of Love & Decay also features a ninth song: “Sleepwalker.” Album pre-orders, including a mauve-colored 2LP set, are available now with digital pre-orders including an instant download of “The Age of Decay”: http://smarturl.it/LoveAndDecay.

Spotlights’ Ipecac debut, Seismic, arrived in the Fall of 2017. Ghettoblaster said in their album review: “They avoid many of the common pitfalls associated with some shoegaze or sludge artists in that the album never feels like it drags. Sometimes doomy, sometimes romantic, it’s as heavy as it is beautiful.” Revolver said Spotlights “balance delicate atmospherics” and “crushing sounds,” while Treble Zine expanded on that sentiment, saying: “… the Quinteros make some truly huge-sounding music, much of it crushing. There’s an ethereality and grace about it, however, which makes the ambitious expanse of Seismic consistently interesting throughout its hour-plus runtime.” During the subsequent tours, Spotlights recorded an Audiotree session, which can be viewed here: https://youtu.be/eS4hKYOhqe0. The band released an EP, Hanging By Faith (https://spoti.fi/2E3LJxs), in June 2018.